Did Equality NC gets the Olympics ok

Equality NC using the likeness of the Olympics rings, I have to wonder if they got the ok first.. 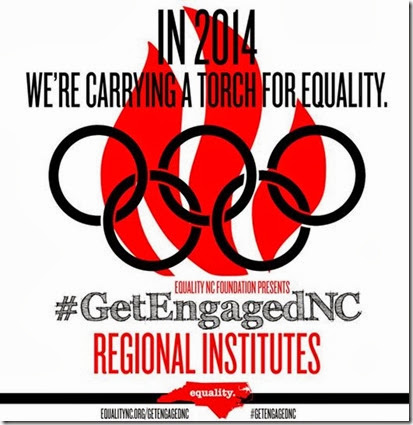 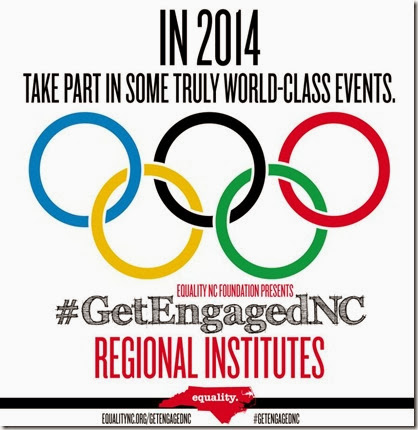 at February 05, 2014 No comments:
Email ThisBlogThis!Share to TwitterShare to FacebookShare to Pinterest

Well NC Gayinc isn’t have any of that, so Jen Jones of Equality decide to hijack those hash tags.

From her FB page,

Of course Qnotes is ok with it too.

It would seem that ENC has a history of stealing ideals from others. 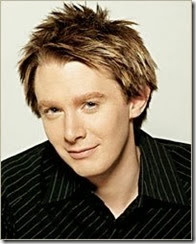 Yes its true,, Aiken has decide to run against Renee Ellmers for her set in Congress for North Carolina Second Congressional district. That is if he wins the Democratic primary against two other folks.

Aiken, said in a Video that Washington is “Dysfunctional.” Too many people go to Washington where they let the politics change them.. Really, like he will be immune from the same thing. NOT!

I really don’t know which is worst, Renee or Clay, both are full of shit. However, it will make for a good time to see who will sling the most crap. 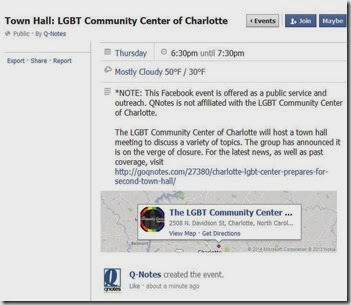 On Jan. 22, the group announced it is on the verge of closure and may shut its doors at the end of February.

This was attack a local activist in Charlotte who wasn’t happy with the way they threated him.. Cause a stink over close meetings and lack of Transparency.

I hope they have found a way to stay open, after this person bitch and complain, cause many to leave the center..

However, some in the community is already planning to create a new Center if this one fails..

Controversy over the center’s lack of transparency and financial problems have inspired at least one public effort to establish a new organization if the center should fail. About half a dozen community members under the leadership of activist Janice Covington say they have already secured temporary meeting space and are poised to create a steering committee to form a new organization if necessary.

Talking about stabbing people in the back..

Is Tranny a Slur? That depends on who is using it.

If it was a true slur the Huff Gay would never have used it in a Headline piece.

Also then you have Drag Queen personality RuPaul, see the tweet,

It would seems that Glaad and Wilson Cruz and the rest of Gayinc has given RuPaul a free pass on it..

So its ok for Well Known Drags to use it, but not a straight person.