2010 Equality Forum Icons have been listed

Once again I feel that many of on this list simply best they are Gay and Rich,

at August 28, 2010 No comments:
Email ThisBlogThis!Share to TwitterShare to FacebookShare to Pinterest

Test
Sent via BlackBerry from T-Mobile
at August 21, 2010 No comments:
Email ThisBlogThis!Share to TwitterShare to FacebookShare to Pinterest

I did plan on being there, however i spent most of the night and early morning at the hospital with my partner.

Glad to hear that we did out number them.. good going folks.. Till the next protest...

at August 10, 2010 No comments:
Email ThisBlogThis!Share to TwitterShare to FacebookShare to Pinterest

It would seem after I post my post on the lack of coverage by Qnotes on the NOM Rally, Mr. Comer posted another article the same day, My was posted in the early am of the day.

I do thank him for letting the NC know that even FTM does care about us. They can't get their group here,but can work with ENC by email, fax, videos and other means; but can't show up.

I understand why He told I should work with a group. Activist vs Grassroot group, which one sounds and look better in print... Since most of our so-called Grassroots groups are funded by higher social standing LGBT's.

I can only guess that LGBT rights and causes are becoming like businesses, those with the $$$$$ makes the rules..

This is what I got when I set my counter protest.


Matt Comer commented on your status:

"Freedom to Marry is shadowing NOM's summer tour with their own LGBT and promarriage messages. You should check in with them before planning a protest - they are looking for local folks to help them organize activities. "

WOW, now sole activist now have to check in with major/national groups before planing any events/ protest and so..

This August the 10th NOM is coming to town. it was reported and texted and discuss at lengths if there should be a counter protest or not, however four groups have step up to the plate, after i cancel my. for reason that need not to be fully discuss at this time, however its has something to with the A'List gays and lesbians in North Carolina.

Was told that Equality NC and FTM was joining forces, yet the only thing about this was an email from Ms Mann, where they are planning a truth squad to talk to the press... Since they want lower  level gay persons speaking to the media...  The Raleigh Stop isn't even listed on either site.

However they are not alone on this matter.

Our only local LGBT Newspapers whom only report items west of Interstate 95, doesn't even have this protest listed under events, yes they did a story, but didn't seem fit to add it to the event listings.

See the screen shots of the Qnote's event page.. Why is it not listed??

However Ms Pam over at Pam's Houseblend did get the word out.

So a local national blogger can let her readers in North Carolina know about this, yet our local LGBT paper only did a story, and ENC and FTM didn't even have anything about NOM stopping in Raleigh at all on their sites, Why? I think a few of our leaders and community speakers have drop the ball on this one.

Notes: all images are used under fair use act,
at August 06, 2010 No comments:
Email ThisBlogThis!Share to TwitterShare to FacebookShare to Pinterest
Labels: ENC, FTM, NOM, Pam's House, Protests, Q-notes 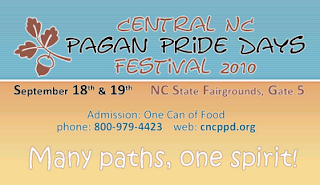 I will be there again this year where I will photograph this event, then share my work with them as I have done for the last two year.