Not there in person but acts like he is 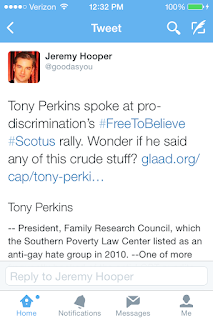 at April 28, 2015 No comments:
Email ThisBlogThis!Share to TwitterShare to FacebookShare to Pinterest

Sent from my iPhone
at April 28, 2015 No comments:
Email ThisBlogThis!Share to TwitterShare to FacebookShare to Pinterest

Just what are these special needs that the LGBT Community need in Doctor?

at April 22, 2015 No comments:
Email ThisBlogThis!Share to TwitterShare to FacebookShare to Pinterest

Knowing I will have a trans backlash,, I must say this is completely wrong.

NO DAMN WAY A 5YO KNOWS WHAT TRANS IS? OR FULLY UNDERSTAND THESE FEELINGS.. THE PARENTS ARE WRONG TO ALLOW THIS. PERIOD. 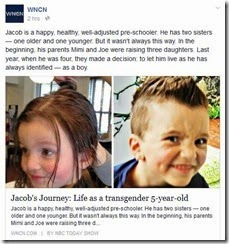 Trans PC has gone to far now, the parent should be investigated, and DSS should be called in. I guess now

I'm not saying that gender identity issues aren't real or deserving of empathy and understanding. I'm saying that a five year old child cannot possibly make that decision for him or her self and that the parent that advocates that is off the rails.

This person is correct, no way a 5 year old can fully understand this decision, the parents are making this decision for him/her, I guess the parents want a boy so bad, that they decided one way or other they will have a boy in the family. 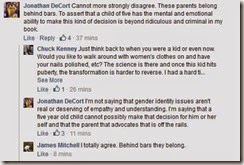 I love this one,

Chuck Kenney:: Just think back to when you were a kid or even now. Would you like to walk around with women's clothes on and have your nails polished, etc? The science is there and once this kid hits puberty, the transformation is harder to reverse. I had a hard time wrapping my brain around it as well. But now that I now the biology and having the same self-awareness as this child has, I know the parents made the right choice for their family. There are a lot more inter-sexed individuals around than anyone knows. It's time to educate people on the subject.

When I was a child I love running the road naked, you don’t see me doing it now. So now Trans or inter-sexed, and you wonder why People called Trans folk sick..

at April 21, 2015 No comments:
Email ThisBlogThis!Share to TwitterShare to FacebookShare to Pinterest 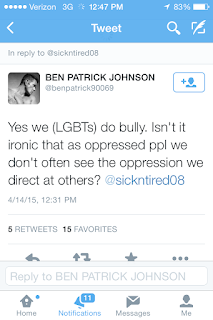 Which I'm sure will piss off most of Gayinc.
at April 14, 2015 No comments:
Email ThisBlogThis!Share to TwitterShare to FacebookShare to Pinterest

Is this what #lgbt fundraising has come too 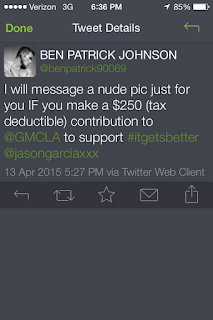 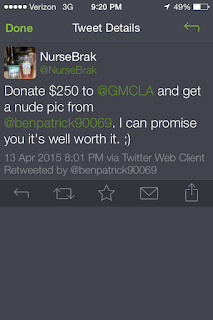 at April 13, 2015 No comments:
Email ThisBlogThis!Share to TwitterShare to FacebookShare to Pinterest

Just proves that gay men can hate on str8 men, and accuse them being gay simply because the way they dress and act.. Yet #gayinc is ok with this type of hate..

See, this type of hate gayinc is ok with.. one would have to ask why they are ok with this of hate.. Yet it Austin wrote back and said to the guy that he looks like a trans-sexual or sick lonely faggot, Gayinc would be all over it..