Bi-Weekly disappointment, why do I even bother reading it. 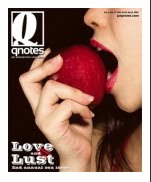 The bi-weekly issue of Q-notes is out and as usual a complete total let down. I don’t know why when they change their logo and web address why didn’t they just go ahead and bring back their old name, Queen City Notes. Since most of the news and ads in it pretend to Charlotte only.

This issue is theirs 2nd annual sex issue, which in my book they don’t need, but then again sex does sell more than slice bread. I really don’t care about foursome that was paraded in the lost issue and on MTV.

This issue’s big buzz is Mitchell Gold Book “Crisis” I have read and found it very interesting to say the least. I miss my chance to see Mr. Gold when he was in Nashville last year talking about his book and the stories with in it. Yes, I had a very direct question I want to ask him about it. Which I hope I will be able to do one of these days. For those whom haven’t read it yet, you should and do it soon.

Then there the usual posts on Marriage and don’t ask don’t tell. Like there aren’t enough posts on these subjects across the web. 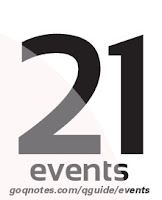 They list 20events for February, 7 for Charlotte, 2 for Durham, Greensboro, Spartanburg, 1 each for Raleigh, Columbia, Winston Salem, Boone, Hickory, Salisbury, and Greenville. Yes the lonely city Greenville that is east of 95 and is treated like the red-headed step child. Never to been seen or heard from. The only reason why Greenville made the list is for the workshop that is sponsor by ENC.

Yes, I know that will be said that we can’t report if we don’t know about it, which is true. But then again if there is, no outreach from our only LGBT newspaper one could say that we don’t matter to them at all, that we as a community are not worth knowing or being written about.

So I submit once again its either the whole or a name change is needed...

Note: there is other who forget her community as well... but that a story for another post.


All images belong to Qnotes
at February 06, 2010
Email ThisBlogThis!Share to TwitterShare to FacebookShare to Pinterest
Labels: Personal Thoughts, Q-notes