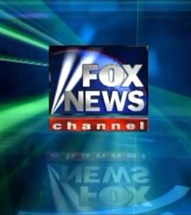 The Fox News Channel abruptly cut to commercial after a mourner attending a Tuscon, Arizona vigil for those killed in Saturday's shootings mentioned Fox employee Sarah Palin as one of the culprits behind a rising tide of violent rhetoric in US politics and media.

As they awaited the beginning of a Pima County Sheriff's Department press conference, Fox News host Shep Smith cued a live video from the vigil for Rep. Gabrielle Giffords (D-AZ), who sustained a bullet wound to the head and was among a total of 19 shot in a sudden attack outside a grocery store.

At the vigil, which was carried live by some -- including CNN's website -- a man stepped up to the microphone holding a candle and implored those in power to ask themselves why they actually want to be in such a position.

"And I say to you, Sarah Palin," he began, just before Fox News abruptly cut the feed.

What wrong Fox, Can't take the Heat for Palin, What to protect her sorry moose-ass. You can cut and paste, but there are to many Standup stations that will show what you tired to hide. They we report what you don't want to report. Everyone have known for years that your station is full of Bigots and racists.
at January 09, 2011
Email ThisBlogThis!Share to TwitterShare to FacebookShare to Pinterest
Labels: Fox News, News Stories, Palin